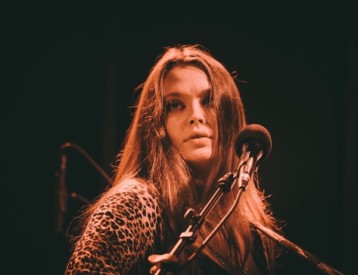 Adept at both guitar and piano, Genevieve writes the songs she sings, songs firmly rooted in the contemporary, with faint hints of tendrils running deep toward the influence of old footsteps. She’s opened for Grammy winners, and shared the stage with national touring acts and performers who have written songs for some of the biggest names in music. A fixture of local café open mics, Genevieve cut her teeth performing, playing in front of both small handfuls and crowds of thousands. She’s as comfortable with Tin Pan Alley as she is today’s teen pop, and tells you with a voice built to bewilder – equal parts soft and smoky, and smooth as fresh Wisconsin butter. It’s a warm and natural sound, absent of pretension and imbued with an honesty that affirms the beneficent nature of her music. Genevieve said it best herself – “I want to play music because people seem to like it, and that makes me happy.”