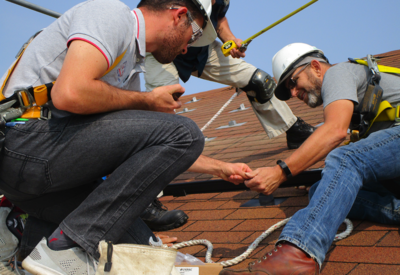 As we approach The 30th Anniversary Energy Fair this June 21-23, we’re examining how the market for renewable energy in the US has changed over the last three decades.

In October 1973, people in the United States learned firsthand how dependent we were on oil produced in the Persian Gulf. A few months after the Organization of Arab Petroleum Exporting Countries proclaimed an oil embargo on the US (and other countries that supported Israel in the Yom Kippur War), the price of oil quadrupled. This led to price caps, rationing, and a cascading foreign policy effect. By 1990 when Iraq invaded Kuwait over oil-pricing and production disputes, the US was quick to enter the first Gulf War, including naval bombardment, air forces, and ground troops. This also led to a call for local energy action in Home Power Magazine, the opening of The First Energy Fair, and formation of the Midwest Renewable Energy Association.

As we approach the 30th Anniversary Energy Fair, much has changed: Home Power printed its last magazine this year, solar and wind are the leading source of new electricity generation in the US, the US is set to be a net exporter of oil and gas, and the US is still embroiled in conflicts across the Middle East.

For some perspective on how renewable energy has changed over the last 30 years, we talked with longtime MREA Member, John Dunlop who has been supporting renewable energy development since our beginnings.

Perspectives on 30 Years of Clean Energy Education: With John Dunlop, MREA Member, and Chairman of the ASES 2019 Solar Conference.

MREA: John, thanks for sitting down with us to provide some perspective on how the US renewable energy market has changed over the last 30 years. To get started, please tell us a bit about yourself and your work in renewable energy?

John: Even before the 1973 oil embargo, I had graduated in Physics and mechanical engineering, and my wife and I had devoted two years serving in India in the Peace Corps. While I was there, I observed the dire need for energy and abundance of solar power. I built my first solar water heater and we had the only hot shower in our town! I made the commitment to try to expand the use of solar power for everyone.

After I returned to Minnesota, I was gratified that I was hired to head up the Minnesota Solar Office under the Carter Administration as a part of the Mid-American Solar Energy Center.  After the Reagan Administration shut down the program in the early 1980’s, the State of Minnesota continued our program for a total of 15 years. We launched statewide programs in solar water heating (with 5,000 solar water heaters installed), passive solar design residences, the state’s wind resource assessment program, and cost-effective photovoltaic applications for state government operations, even in the 1980’s. Our office participated in the establishment of what has become the Interstate Renewable Energy Council and the Solar Rating and Certification Corporation, both of which I had the honor to chair. Our office helped host the 1983 ASES conference in Minneapolis, and led to the 1995 ASES conference which I chaired. I was then with the American Wind Energy Association as the regional manager and technical programs manager for 20 years. We saw the explosion of wind power across the US during that time, and I participated in the establishment of the Small Wind Certification Corporation. I have been a technical policy consultant since 2014.

MREA: John you sure have had an impressive career! In your time working in renewable energy, what changes have you seen, and what has surprised you the most?

John: Perhaps the most surprising revelation for me has been how hard facts do not influence people to action. We developed a wealth of information about the cost-effectiveness of solar water heating, photovoltaics (in appropriate applications), and wind power over the years, and promoted those facts in various venues, yet still relatively few people adopted those technologies at the time. Fortunately, the current solar and wind industries have built on those meager bases to become the powerhouses for future electricity supply in the nation and across the planet.

John: Our early programs helped to shake out technologies to produce the most cost-effective and durable wind and solar systems. Technology improvements have led to the solid track records in wind and solar on which policy-makers can confidently base their drive to increase the use of clean energy.

The harsh reality, however, is that over the period of my career, we have all failed.

I first heard about the “greenhouse effect” back in 1971 in grad school. Understanding the consequences of using carbon fuels has driven many of us to push the transition to clean energy. No matter how we paint it – wind power is the cheapest electricity source available, solar power costs have plummeted hundreds-fold, awareness of the climate crisis is at an all-time high –our efforts have been inadequate. We are still on a course for self-annihilation as a civilization on this planet. We have not succeeded in reducing greenhouse gases in the atmosphere. The carbon pollution we have emitted is already causing upheaval to a civil society and is destined to become worse.

MREA:  And finally, what makes you most optimistic about the future of renewable energy?

John: In the context of that current assessment, optimism seems naïve. But I truly believe we’re at the “tipping point” of public policy. We have already caused a 1 °C increase in planet temperatures over pre-industrial times. But movements are swelling daily to DRAMATICALLY increase our insistence on no-carbon energy, nation- and world-wide. The recent UN and Trump Administration reports clearly provide a path to avoiding more than another 0.5 °C maximum increase in world-wide temperatures – kicking carbon within a decade! We CAN DO IT!  Within even MY lifetime! It will be dramatic. It will not be devastating. It will be challenging. We have the clean energy resources. We need to build the conversion equipment (wind and solar) and the delivery system (high voltage DC) to supply everyone with clean electricity for everything in their homes, their businesses, their transportation systems. It will be a monumental transformation and a huge economic opportunity ramping up immediately.

Learn about the transition to a clean energy future at The 30th Anniversary Energy Fair this June 21-23 at MREA in Custer, WI.

John Dunlop, MREA Member and Chairman of the ASES 2019 Solar Conference held in Minneapolis August 5 – 9.  “I have the honor of chairing the conference that breaks with the ASES tradition to look ONLY at using renewable energy to take climate action that will have a significant impact in the next two years.  I look forward to seeing you there or on line and to personally experience the benefits resulting from the conference for your lifetime.”