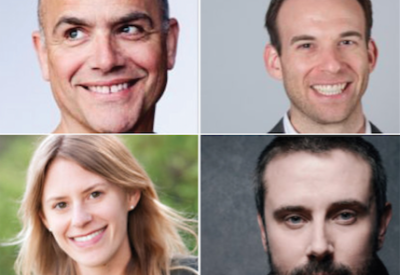 We are pleased to announce our lineup of inspiring keynote speakers at The 29th Annual Energy Fair. The following presenters are helping lead the transition to a sustainable future:

“Solar Roots – The Pioneers of PV”
Thursday, June 14 at 8:00 p.m. (Networking Dinner)
Friday, June 15 at 9:30 a.m. (Main Stage)
“Solar Roots – The Pioneers of PV” is the true story of how a small group of backwoods engineers and business hippies brought solar photovoltaic technology down from space into homes around the world delivering “solar power to the people.” Hosted by Filmmaker, Jeff Spies.

Lily Raff McCaulou –
Friday, June 15 at 1:00 p.m.
McCaulou is a journalist based in Bend, Oregon whose writing has appeared in publications including The New York Times and The Atlantic. Her memoir, Call of the Mild: Learning to Hunt My Own Dinner, was named one of the best books of 2012 by The San Francisco Chronicle.

Jonathan Reinbold –
Saturday, June 16 at 9:15 a.m.
Reinbold is the Sustainability, Research & Grant Manager, Organic Valley. He’s worked in sustainable agriculture and food systems for eight years. His work is focused at the nexus of energy, water and food systems.

Michael Perry –
Sunday, June 17 at 1:00 p.m.
Perry is a New York Times bestselling author, humorist, playwright, and radio show host from New Auburn, Wisconsin. Raised on a small Midwestern dairy farm, Perry put himself through nursing school while working on a ranch in Wyoming, then wandered into writing.

Purchase tickets in advance and save! Ticket and camping sales open March 31st.

Volunteers and MREA Members get in free: